“I met Marksteeen Adamson and Mike Horne when they offered to donate their services to another charity I was supporting to help them develop their brand identity and to do so pro-bono.  When the other charity decided they didn’t need help, I was thrilled when they offered instead to help Global Angels.  They generously donated three months of work on our branding to give us our new Angel logo and our Step UP Campaign and Step Up video.” Molly Bedingfield. (Watch Step Up Campaign video below).

The Step Up campaign was rolled out internationally through the Hard Rock Step Up Campaign with Step Up being displayed in every Hard Rock Cafe in 50 countries… inviting everyone to Step Up and Be an Angel.

ASHA donated their expertise to develop our brand identity & strategy, alongside our website, winning a ‘Silver’ Cream Award in 2007, for Best Use of Illustration/Animation through their brilliant work on our ‘Step Up’ campaign. We launched the ‘Step UP’ campaign in November with a concert at the Gymnasium venue in Kings Cross with artists Daniel and Natasha Bedingfield, Laura Michelle Kelly, Nate James and comedian Francesca Martinez.

With a Corporate Identity unsuitable for much of their activity, Global Angels employed ASHA to create a campaigning brand identity, and launch campaign.  ASHA worked with Global Angels to create their brand architecture and strategy. This led to the creation of the iconic ‘impression of an angel’, to be used as the campaigning face of Global Angels. This identity was then taken through the website, marketing collateral, internal templates and promotional items.  With no media budget, ASHA created the ‘Step Up’ launch campaign using the ‘impression of an angel’ as a memorable back-drop. The campaign kicked-off with a celebrity photo-shoot where Marksteen Adamson photographed celebrities stepping up. The shoot received widespread publicity, appearing in both trade press and mainstream media, and was used as the basis of the promotional movie. At the celebrity launch party, signed images were auctioned to raise further funds for the Global Angels cause. 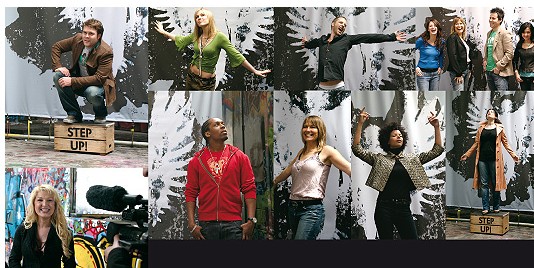 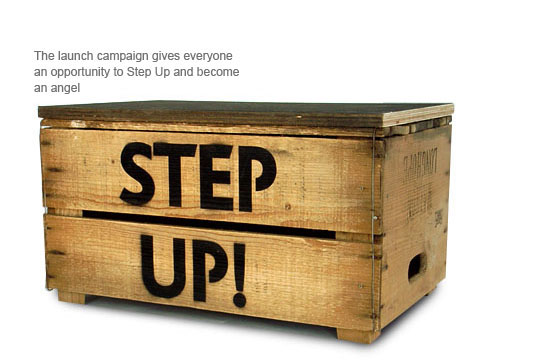 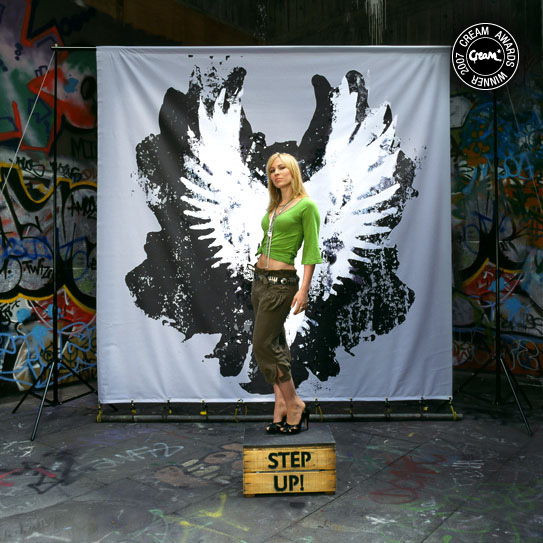 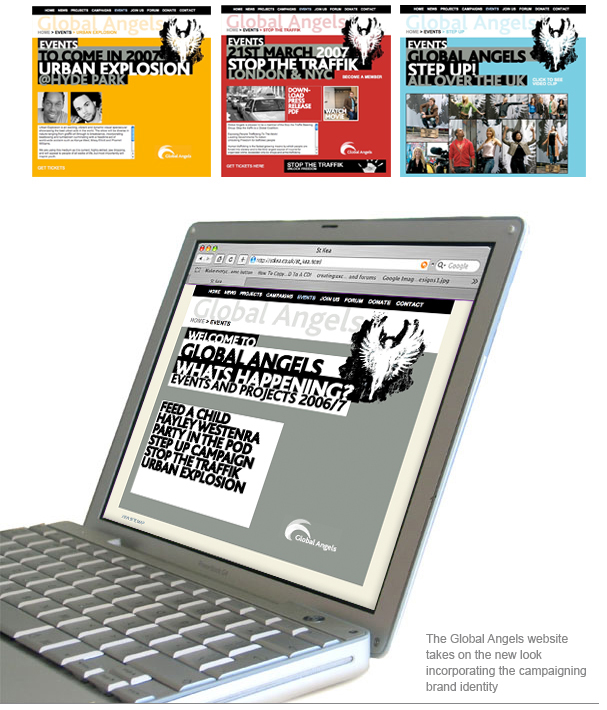 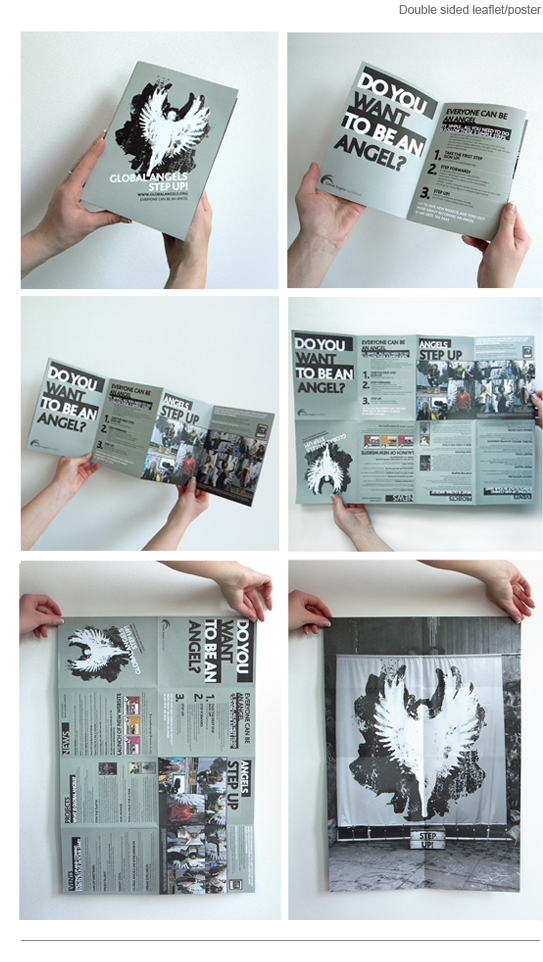 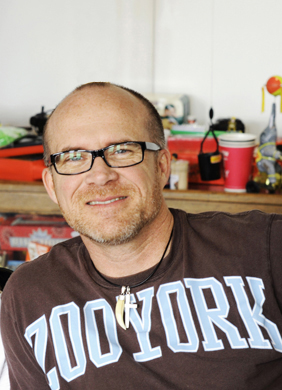 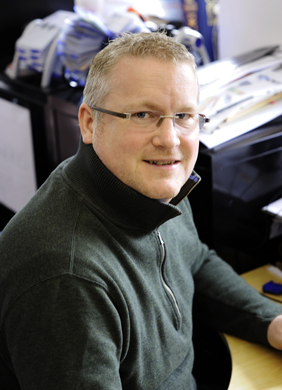