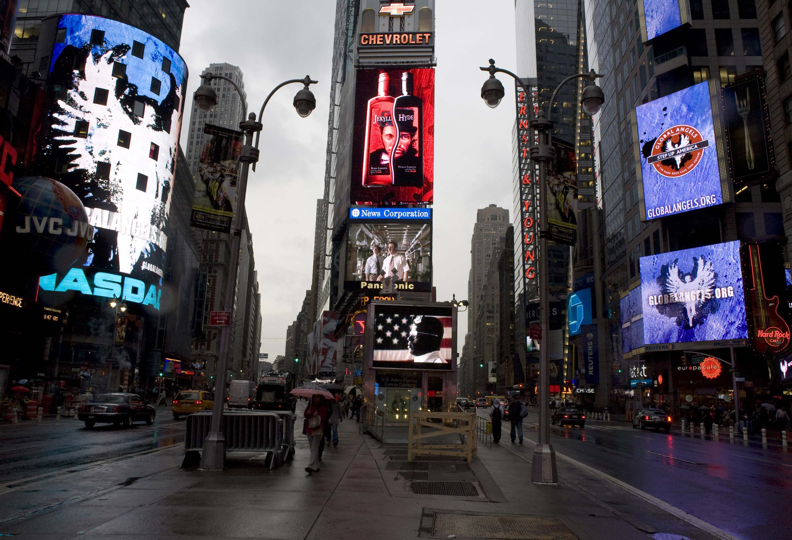 Go West have donated our offices in Westlake Village, California, for the last two years and their consultancy. David and Robin are in our core team planning future events in the US – watch this space!

When Global Angels launched in the US, we were featured on the NASDAQ, Reuters and MTV screens in Times Square for 5 hours.  Celebrities such as Bear Grylls, Natasha Bedingfield, Tamara Ecclestone, Darryl Mc Daniels, Hofit Golan, Jennifer Coolidge and Daniel Bedingfield were filmed when they Stepped Up in front of our Angel with their live photo shoot and beamed live on the Times Square screens.