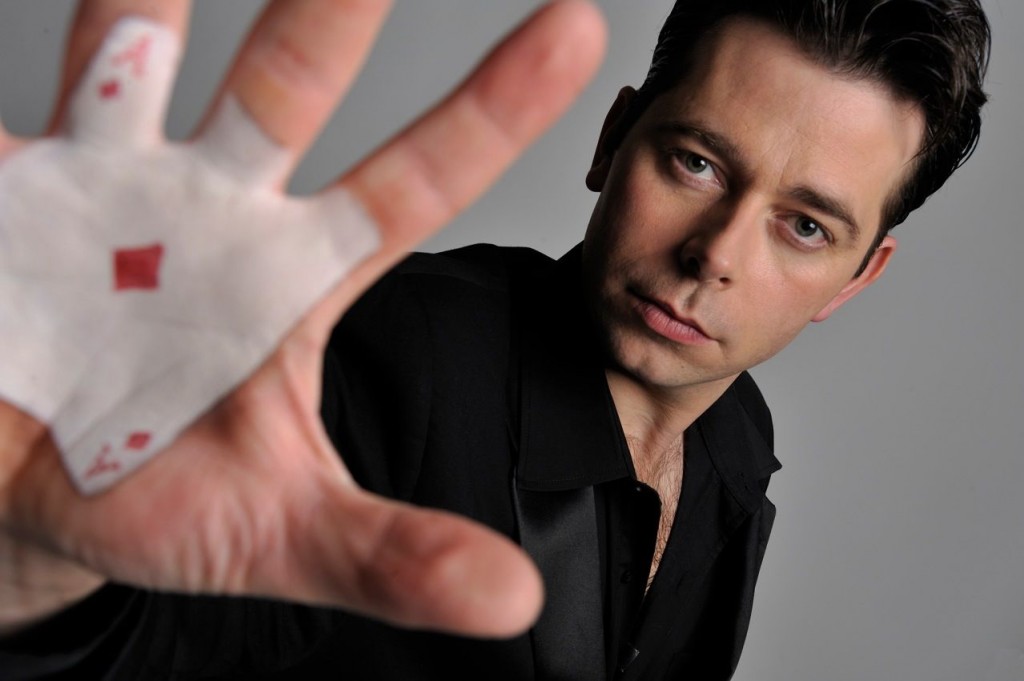 ” I am so very proud to be chosen as an Ambassador for Global Angels. I am able to contribute to making a difference in a creative, thoughtful and exciting way. In this charity I have met more forward thinking and inspiring people than in any other and am delighted to join this very stimulating organisation. The sheer amount of love that goes into all of their outstanding work,aid and help simply cannot be measured!”

Chris Dugdale started learning magic at the age of just five. His grandfather thought that it would encourage him to read if he bought him a set of magic tricks and went through the instructions with him. He was instantly captivated, and this led to a life long passion for the art of magic. At the age of 18 Chris became the youngest member of the world renowned Magic Circle and successfully levitated a presenter on BBC Television’s BLUE PETER live in front of 6 million people. Shortly afterwards he was promoted to the highest honour possible by award, becoming an Associate of the Inner Magic Circle. The day he graduated from Leicester University, armed with a degree in Psychology, he became a full-time magician. He hasn’t looked back since and has become a world famous author of his own magic and lecturer on the psychology of magic. But performance is his real passion and in 2003 he became the first magician in history to entertain Her Majesty the Queen and The United Nations in the same year. In December 2005 he returned to New York to entertain at The United Nations for a second time.

Chris’s original approach to the performance of close up magic has taken him around the world entertaining some of the wealthiest and most famous people on the planet. In 2006 he co-starred in the world premier of THE NAKED MAGICIANS in Hollywood and earned himself and his fellow cast members three standing ovations in one night. 2007 saw him entertain at the “Richest Gathering Of Human Beings Ever”, and the following year he was asked back by UEFA to entertain at the UEFA Cup Final. In 2009 shooting finished on his first One Hour Special for television, CHRIS DUGDALE’S MAGICAL MYSTERY TOUR which will be distributed to a worldwide audience. He is the author of CLOSE UP SUCCESS, the definitive guide to close up magic along with colleague Phil Jay. He also recently completed his first book SLEIGHTLY DISHONEST – TALES AND OBSERVATIONS FROM A GLOBE TROTTING MAGICIAN. Chris’s magic has taken him around the world many times, from Dubai to Las Vegas. His schedule has included more than 100 appearances in the Monte Carlo Casino in Las Vegas and more than 50 appearances at the world famous Hollywood Magic Castle. He is probably also the only magician ever to have been given a standing ovation by Simon Cowell! A few select testimonials: “You’re amazing!” Angelina Jolie“The best I’ve seen, brilliant!” Sir Richard Branson“This guy is amazing!” Simon Cowell