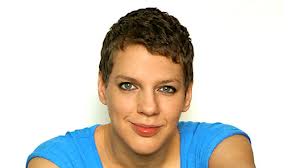 “Any one of us could have been born into extreme poverty – it is something which we all must face. We must both help those children who are struggling to survive now, and fight the global causes of poverty too so that we can prevent future generations from suffering. I feel passionately that is is our duty not to ignore the pain and suffering of our fellow human beings, especially the most vulnerable, and this is why I’m supporting Global Angels.”

Francesca Martinez is an English stand-up comedian and actress. She has cerebral palsy but prefers to describe herself as “wobbly”.

She has had many sell-out runs at the Edinburgh Festival and internationally, including the Melbourne Comedy Festival, the Adelaide Fringe Festival, the Perth Festival, and the Just For Laughs Festival in Montreal. In 2013 she completed a 68-date UK tour and has had off-West End London runs at the Tricycle Theatre (twice), the Hackney Empire, and the Soho Theatre.