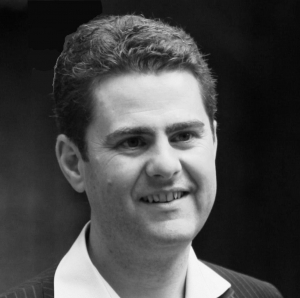 "It was the 100% promise that first attracted me to Global Angels, knowing that every penny donated goes to sustainable items supporting people on the ground, and none of it wasted in administration."
Steve is a Trustee of the Board of Global Angels Ireland. He has been an Advisory Board Member of the Global Angels Foundation since October 2008 and is a contemporary artist, based in Ireland, who gave up a career in corporate restructuring, having been a successful senior executive with over 25 years’ experience, to concentrate on his true passion, painting.

A self-taught artist, who first studied Aeronautical Engineering and Chartered Engineer before gaining a Masters in Business Administration, Steve is also a qualified pilot, mountain expedition leader and football coach. He started out as an engineering officer with the Royal Air Force, where he was responsible for developing and driving forward the UK Defence Command, Control, Communications and Information Systems strategy; the management of a fleet of fast jet aircraft; and leading a multi-national team of military observers in the peacekeeping mission in Sierra Leone, before he set up a business consultancy in Cambridge, where he was drafted into help restructure companies and projects as diverse as the National Health Service, Twycross Zoo and the UK’s Ministry of Defence. In 2015, Steve was recruited for a contract in in a large acute private hospital in Dublin and the move to Ireland began. In 2017, he decided to turn his part-time passion into his full-time reality and now paints from his studio in the basement of his home.

Steve has lived and worked around the world in Central America, the Middle East and most notably West Africa, where he grew his passion for helping small emerging communities develop from a grassroots approach. Believing in the Global Angels Promise, Steve has donated time and resource to the foundation and actively encourages others to do the same.

He now lives in Dublin with his family and has four sons and a daughter, all of whom drive his passion for art, supporting mental health initiatives and children’s development around the world.