“Having worked closely with Global Angels over quite a few years, I am both proud and excited to be an Ambassador for such a driven, motivated and 100% committed charity. A unique organisation that delivers essential and life saving funds to the most needy and often most forgotten people and places.”

Tony’s musical career began when he moved from his home town of Bristol to London to became an original member of the group, IRON MAIDEN, where he took on the role of keyboard/synth player. The band were unknown at that point and Tony wrote and rehearsed with them for a long time until eventually playing one fairly unsuccessful gig. It was at this point that he felt keyboards didn’t really work in the band and decided to leave.
After quitting Iron Maiden Tony teamed up with Brian James (from The Damned) to form a group called Tanz Der Youth, recording one single called “I’m Sorry I’m Sorry” for Radar Records (home of Elvis Costello). Although a short lived line up, the band toured opening for The Stranglers and Black Sabbath as well as being at the forefront of the New Wave movement in London where they were also championed by the legendary John Peel

In the early 80’s, Tony formed a band as a vehicle for his singing and songwriting talents, called Radio Java. He signed to Carrerre Records and they made an album at the legendary Abbey Road studios. From that album he scored a number 1 hit in Holland at Xmas 1983 with a song called FOOL that was one of the fastest debuting airplay hits of the year.

In the Mid 80’s Tony joined the band CUTTING CREW as keyboard player and was part of the success of their iconic hit single “I just died in your arms tonight”. With the band he toured The world including playing massive US shows opening for Huey Lewis, Starship and the Bangles as well as doing hundreds of headline gigs. They were the first Western band to play to an audience allowed to dance and stand up in Taiwan, and almost caused a riot amongst the 60,000 inside as well as the tens of thousands who couldn’t get in.

He was responsible for creating and building the Kashmir Klub in 1997. The Kashmir was a unique venue in central London that almost single-handedly lead the singer/songwriter acoustic revolution in the UK with debut performances from Damien Rice, KT Tunstall, Imogen Heap, Lucie Silvas, Tom Baxter as well as secret sets from Sheryl Crow, Mick Fleetwood, Dave Stewart and many more.

In 2003 Tony took over running The Bedford in Balham. Under his musical stewardship the venue has grown into an award winning location. In 2004 it won Best Pub in the country, it has twice won the best pub and club award and has seen unique performances from Pete Townshend, Crowded House, Kiki Dee, Willy Mason as well as be a launch pad for the careers of acts such as James Morrison, Paolo Nutini, Amy Macdonald and Jon Allen.

In October of 2010 Tony will be awarded a “GOLD BADGE” by the British Academy of Songwriters, Composers and Authors for his major contribution to careers of songwriters and the creative industry.

“Tony believed in me, gave me a stage to be seen and a platform to be heard. I loved those days – we had fun and Tony will always be a legend to me!!!!” Paolo Nutini

“Tony is a total rock of strength to anyone doubting that music is their path in life – I aspire to remain as in love and involved with it as he is.” KT Tunstall

“Tony’s passion for music is clear for anyone to see. He makes anything seem possible and has been a huge force in my career so far”. Lucie Silvas

Tony Moore hosted the Live Stream at the Global Angel  Awards 2013 at the Roundhouse. Watch highlights video below or click here for the full Live Stream. 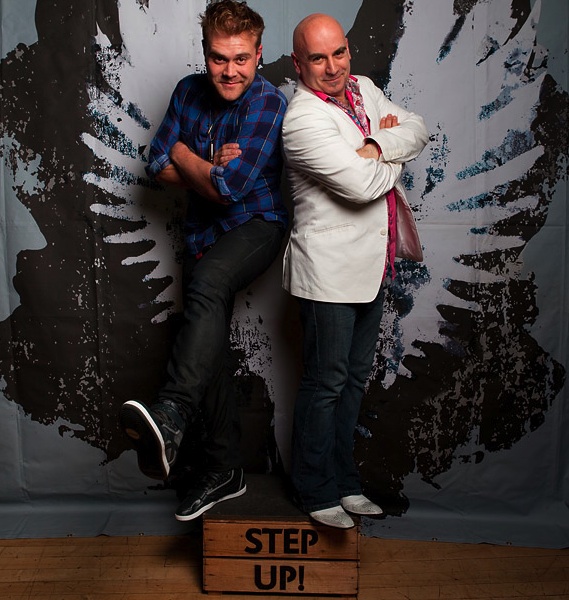